I am a woman that does not have a background in tech, and Web3 has changed my life in four months. The gender gap mission has been one of my drivers for entering the Web3 community. To close the unfair gender gap in Web3 all people should be given the same opportunities, have access to education, and be provided with sufficient financial support. There are many women who have used Web3 as an opportunity to showcase their talent beyond cultural limits. Who are some significant female figures in the Web3 space and how are they using this platform to make a difference for future generations?

There are several women working in Web3 who are helping close the gender gap. For example, Lavinia D’Osbourne spoke about how cryptocurrency has become a survival opportunity and a means of financial freedom for women in her podcast, Women in Blockchain Talks. She also mentioned that women have progressed faster in crypto than any other industry. What may be some reasons behind this? It may be because, access to cryptocurrency needs no-one’s permission, just the investor’s own will, needs, and curiosity. An article in Coingeek stated that female Web3 professionals are more active career-wise than males and 27% of those professionals have been involved in starting their own Web3 related projects or businesses. [1]

The 27% of leading female professionals identified in the Coingeek article are my figures of hope. In the short four months I have been active in Web3, I have felt a sense of belonging and empowerment. To learn more about the role of Web3 in women’s lives, I conducted a poll through my personal LinkedIn asking, “How has Web3 helped you flourish?” I received several responses from prominent figures in the Web3 space. For example, Fernanda Boccard, NFT artist and creator of the Serious and Cool People Collection, said that Web3 gave her the opportunity to do what she loves the most and the ability to believe in her individual power. She stated that her life has changed since she began working with NFTs. Furthermore, Web3 mental health professional Paula Perkusic Birger responded saying that her Web3 experiences led her to believe that this is the space and time for men and women to come together to explore and create better, more inclusive platforms of engagement regardless of industry. She continued to say that the potential is equal for both sexes as Web3 users are welcomed by warm communities that can help people listen and learn, and the boundaries of what is perceived possible are shifted.

Web3 is awakening women's talents and bringing awareness to the amount of value women have in the space. However, there are other points to keep in mind to continue closing the gender gap within the Web3 community.

Aimée Tañon, founder of the NFT Project The Chi Club, said that we have to mindfully create an understanding of different cultures and generations, and be aware if there is any culture or generation being left behind. Every piece of work should have a clear purpose, vision, and meaningful contribution. This is one of the reasons why I deeply admire one the greatest DAO (decentralized autonomous organization) builders I’ve met, Aléksa Mil. She is aware of the gender gap mission and the importance of having a clear focus to make a bigger impact. Mil is building a DAO, focused mainly on law, to educate more women on how to be part of Web3.

Cofounder and director of ethics and social policy at Metacampus, Alison Alexander highlighted that giving people job opportunities is not enough to increase the presence of women in Web3. There needs to be a bigger effort put on educating users of the basics. Ideally, individuals needed to be taught how to deal with the emotions of moving into something new, transitioning into a new career, and understanding how to build quality new connections. One example of a project providing this type of education is the online community and learning platform, Digital Women, founded by Lucy Hall. I follow this project as it is focused on educating women to understand how to build and place their digital skills into the needs of blockchain and Web3 digital transformation. There is also a wide community of users that support each other and they also offer a job-placement support.

Web3 Marketing leader, Elena Ruiz Arenas, once said in a women in tech conference, “Thanks to its diversity, Web3 is a talent catalyst, bringing together people working in distributed teams with international profiles. In an industry where everything is new, everyone faces the same challenges and is willing to help each other. This empathy feeling of Web3, based on shared challenges and purposes, is flourishing, especially in women's communities. We are all increasingly aware of the need to empower women and our valued role in innovative environments.”

Arenas words claim how diversity brings empathy through learning, and that empathy brings innovation into the environment.

There are highly empathic initiatives that exist to support women in areas such as education, job placement, and fundraising, and they welcome women in any career-stage. One example is The Bigger Pie, led by Bridget Greenwood. The Bigger Pie focuses on diversity and inclusion in blockchain. It supports women through networking, education, and daily mentoring. Additionally, there are male leaders that are voicing and creating action towards equality in Web3. For example, founder of Metahub Jamie Bykov-Brett, advises people on how to use Web3 to bring influential social changes such as diversity and fairness to women.

There is still a big gender gap on a global level. However, with a unified focus on gender equality, better education efforts, and empathy significant changes can be made. And before entering the Web3 space, one should ask him or herself:

How am I raising awareness for equality?
How is my project a source of education for the female members?
What other actions can I take to support women equity and close the gender gap? 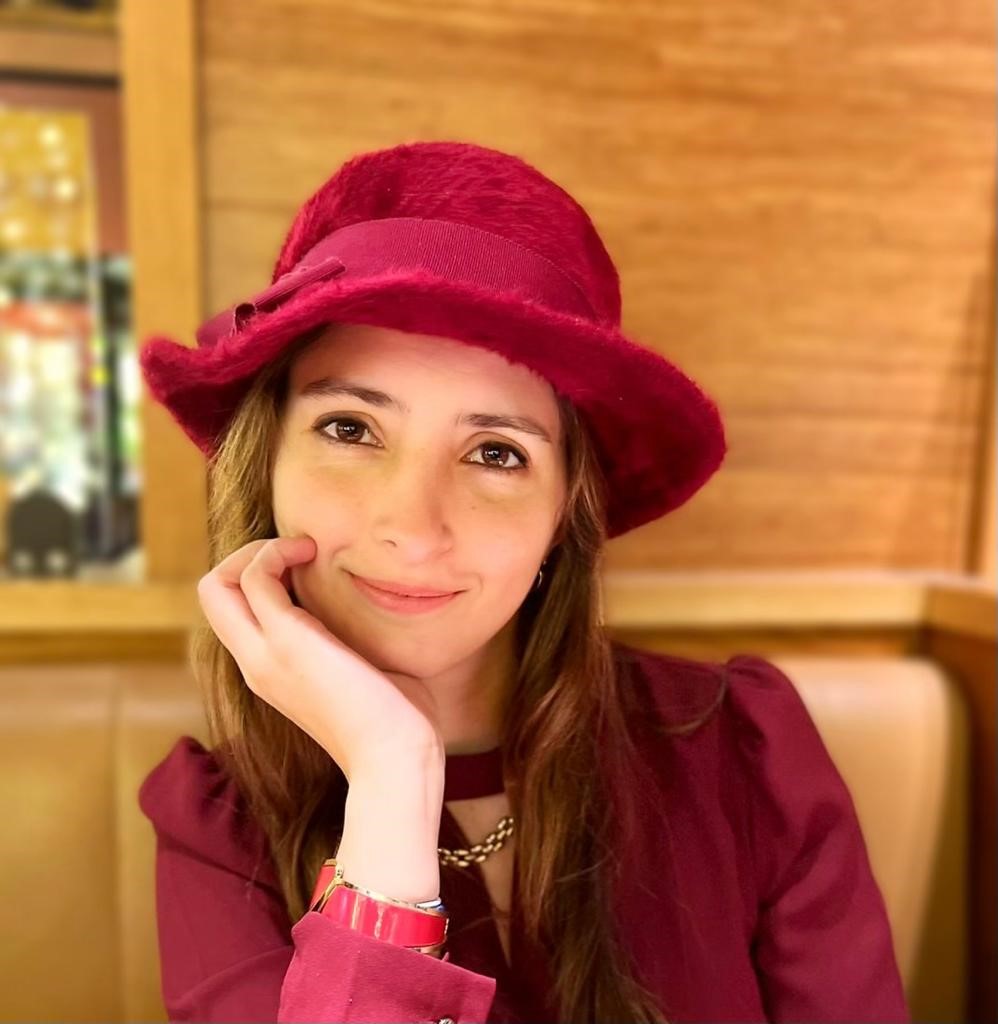 Daniela C. Merlano Conspicuis Cofounder | Contributing Writer daniela.m@conspicuis.com Daniela C. Merlano is a Colombian and cofounder of Conspicuis, a mental health in Web3 Project. Her mission is to create a more empathic and mindful Web3 to embrace mental health in a joyful and proactive way. She is an MSc in positive psychology and coach. She has worked over five years in HR & culture and has translated those skills into Web3, focused on purposeful community building.

Investing involves risk, including possible loss of principal. There is no guarantee the Funds will achieve their stated objectives. In addition to the normal risks associated with investing, international investments may involve the risk of capital loss from unfavorable fluctuation in currency values, differences in generally accepted accounting principles, or social, economic, or political instability in other nations. Emerging markets involve heightened risks related to the same factors, as well as increased volatility and lower trading volume.

The Funds’ concentration in an industry or sector can increase the impact of, and potential losses associated with, the risks from investing in those industries/sectors. For MTVR, the Fund may be concentrated in the entertainment and interactive media & services industries. The entertainment industry is highly competitive and relies on consumer spending and the availability of disposable income for success, which may cause the prices of the securities of companies to fluctuate widely. The prices of the securities of companies in the interactive media & services industry are closely tied to the overall economy's performance. Changes in general economic growth, consumer confidence, and consumer spending may affect them. MTVR may also be subject to the specific risks associated with metaverse companies. These risks include but are not limited to small or limited markets, changes in business cycles, world economic growth, technological progress, rapid obsolescence, and government regulation. Smaller, start-up companies tend to be more volatile than securities of companies that do not rely heavily on technology. Metaverse Companies may rely on a combination of patents, copyrights, trademarks, and trade secret laws to establish and protect their proprietary rights. There can be no assurance that these steps will be adequate to prevent the misappropriation of their technology or that competitors will not develop technologies that are equivalent or superior to such companies’ technology.

For SUBS, the Fund may be concentrated in the software industry. Technological changes, pricing, retaining skilled employees, changes in demand, research & development, and product obsolescence can affect the profitability of software companies causing fluctuations in the market price of company securities.

Both Funds are subject to communication services sector risk, which can involve the same risks as being concentrated in the software industry. Network security breaches, potential proprietary or consumer information theft, or service disruption can negatively affect companies’ stock prices.

The Funds are non-diversified. The Funds are new and have limited operating histories for investors to evaluate. New and smaller funds may not attract sufficient assets to achieve investment and trading efficiencies. In addition to the normal risks associated with investing, investments in smaller companies typically exhibit higher volatility.