The world of crypto gaming is experiencing a revolutionary shift in mentality — don’t get caught on the wrong side.

It’s November 11, 2021. You check your portfolio and see that Axie Infinity is up. BIG TIME.

Since the TGE (Token Generation Event) event at $0.10 per AXS, a token that powers the blockchain-based game Axie Infinity, it’s now shot up to ~$160 per AXS. You frantically smack the virtual calculator and drool over your 1600x gains. Thank goodness for P2E (Play-to-earn)! Fast forward to today and if you did not exit, you’ve just given back a majority of your big time pay day. You think back to the market, and then and start contemplating the market now. What changed? Why did this pump and dump so hard? Is P2E dead? What’s next?

The Rise of P2E

Video games have taken an incredible path from where they started to where they are now, from coin operated machines to consoles to internet to cloud and now rapidly approaching the metaverse.

Along the way, we’ve seen the way games monetize and evolve as well, with varying levels of success. Below is a chart from Statista which shows the landscape in 2020 before Axie & P2E really came onto the scene.

Then came the P2E games, swooping in to generate massive revenues ...

But with HUNDREDS OF MILLIONS of users across many, many of the world’s top game franchises such as Call of Duty, Warcraft, Overwatch, Diablo, StarCraft, Candy Crush, etc.

Let’s do some napkin math.

Axie with 2.5 million players can do $350 million in a single month vs. Activision Blizzard with 100+ million players doing LESS THAN 10x in an entire quarter? Seems like the legacy gaming models have something to fear.

Instead of players shelling out cash with NO monetary return, P2E has flipped this model on its head by empowering players to earn first and foremost. In other words, players and games now have aligned incentives for the first time in the history of ever. When the players win, the game wins, and vice versa. This is the secret sauce and has revolutionized the way we think about gaming. But all is not diamonds and rainbows.

The Death of P2E

However, if we look back at the Axie charts their revenue died just as quickly as it mooned.

Why did this happen? A few reasons.

Axie changed the game of course — but they didn’t perfect their tokenomics. They had a dual token system, AXS for governance and SLP (Smooth Love Potion) for in-game currency. Those non-crypto natives can somewhat equate this to the Activision Blizzard versions of ATVI stock and in-game Gold in something like World of Warcraft.

For Axie, and every single derivative of the innovative breakthrough (tons), however, there was a fatal flaw. To pay players for playing (P2E), Axie simply printed more SLP. As players played and got stronger, they were able to earn more and more SLP. Unfortunately, players would play, earn, and then immediately sell their SLP. It makes sense because some people quit their jobs to go all in on this. But they still needed to pay rent, buy food, etc. And they couldn’t just use their SLP for this (maybe at some point).

So players were forced to sell, which drove down the price of SLP, which had 2 horrible side effects:

1. Axie had to print more SLP to make sure players were earning enough to justify playing constantly and making this in extreme cases their full-time jobs

2. Players had to sell more to keep up

Clearly a vicious cycle which led to the turbo dumping of an ever-increasing quantity of SLP which had an ever-decreasing value in the marketplace.

CoinMarketCap
* SLP: the in-game digital currency of the Axie Infinity gaming metaverse
** Past performances do not guarantee future results.

On top of this tokenomic flaw, the underlying game loops also left something to be desired. And let me be clear, I’m not picking on Axie in the slightest. They have literally changed the game and paved the way for the next evolution of gaming, earning, and ultimately the transfer of real value within digital worlds. We are forever in their debt. But, we cannot forget why we play games first and foremost.

Humans have been playing forever. In fact, we happen to be the most sophisticated animals on the planet when it comes to engaging in play. And for good reason, there are lots of positive psychological effects.

However, when financialized to the point where games are only attractive and players are only engaged because of what they can earn (play TO earn), there does not exist a long-term incentive to play the same game. Another game will just pop up and offer players more to play their games. Kind of sounds like a mercenary independent contractor marketplace of trading time for money, right? This is the fatal flaw of play TO earn, when the fun is not valued at least as much as the earning part.

From The Ashes Come Play AND Earn

Luckily for the world, gaming, and players, a new model has risen like a phoenix to grab the baton from P2E and take the next step we desperately need.

P&E or Play And Earn

There is not a definite model to describe this like P2E, which makes it a bit ethereal, but the concept is simple to grasp and extremely powerful in practice.

The fun potential for the player must be equal to or greater than the earning potential. Period.

When games get back to prioritizing fun FIRST and earning SECOND, we take the best of hyper fun games from web2 weave it into the financially freeing aspect of web3. Fun and profitable. We will see P&E become the dominant model of the future. This doesn’t mean it will be instantly or easy, but the foundations are there.

Now it is up to games, studios, publishers, and the greater player community to come together to experiment and find out how to best make it together. Together we are strong.

Learn how to invest in your future experiences with Fount ETFs

SUBS may invest in companies that offer subscription-based pricing models, including those in the technology hardware industry. 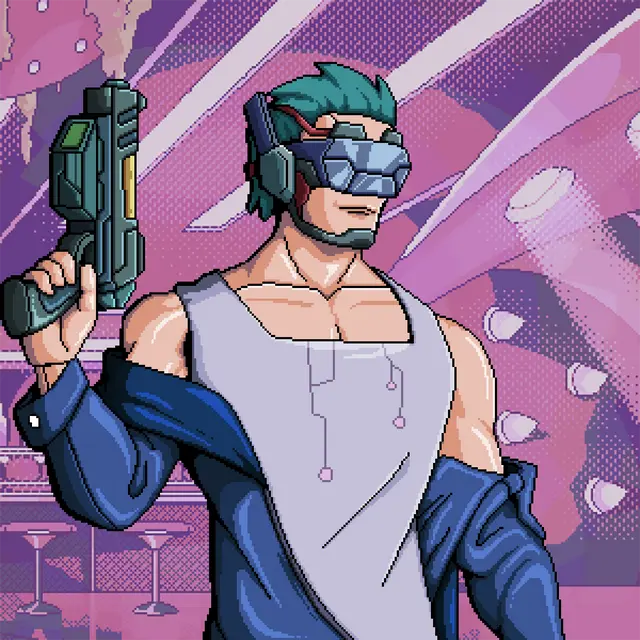 Ben Gothard Crypto Gaming Institute Founder, Host of the Decentral Gamer Podcast | Contributing Writer bgothard@gothardenterprises.com @BenPGothard is first and foremost an investor and entrepreneur. In his free time, he’s also an independent, self-published writer with multiple books, blog posts, and even a work of poetry. Podcasting is another passion, for Ben, who has done over 600 interviews across 5x shows, including Decentral Gamer in partnership with Decentral Games, DappRadio with DappRadar, and his own Crypto Gaming Institute.

Investing involves risk, including possible loss of principal. There is no guarantee the Funds will achieve their stated objectives. In addition to the normal risks associated with investing, international investments may involve the risk of capital loss from unfavorable fluctuation in currency values, differences in generally accepted accounting principles, or social, economic, or political instability in other nations. Emerging markets involve heightened risks related to the same factors, as well as increased volatility and lower trading volume.

The Funds’ concentration in an industry or sector can increase the impact of, and potential losses associated with, the risks from investing in those industries/sectors. For MTVR, the Fund may be concentrated in the entertainment and interactive media & services industries. The entertainment industry is highly competitive and relies on consumer spending and the availability of disposable income for success, which may cause the prices of the securities of companies to fluctuate widely. The prices of the securities of companies in the interactive media & services industry are closely tied to the overall economy's performance. Changes in general economic growth, consumer confidence, and consumer spending may affect them. MTVR may also be subject to the specific risks associated with metaverse companies. These risks include but are not limited to small or limited markets, changes in business cycles, world economic growth, technological progress, rapid obsolescence, and government regulation. Smaller, start-up companies tend to be more volatile than securities of companies that do not rely heavily on technology. Metaverse Companies may rely on a combination of patents, copyrights, trademarks, and trade secret laws to establish and protect their proprietary rights. There can be no assurance that these steps will be adequate to prevent the misappropriation of their technology or that competitors will not develop technologies that are equivalent or superior to such companies’ technology.

For SUBS, the Fund may be concentrated in the software industry. Technological changes, pricing, retaining skilled employees, changes in demand, research & development, and product obsolescence can affect the profitability of software companies causing fluctuations in the market price of company securities.

Both Funds are subject to communication services sector risk, which can involve the same risks as being concentrated in the software industry. Network security breaches, potential proprietary or consumer information theft, or service disruption can negatively affect companies’ stock prices.

The Funds are non-diversified. The Funds are new and have limited operating histories for investors to evaluate. New and smaller funds may not attract sufficient assets to achieve investment and trading efficiencies. In addition to the normal risks associated with investing, investments in smaller companies typically exhibit higher volatility.